Finally, a well deserved break before ORD! 8 days of fun!

Books I managed to pony up from ye library and friends before the Week. Acting cool on the last day Milling around at Starbucks after my specialist appt. Now this is one pretty glass building. Crowded and hot like a green house though. Ordered a Hojicha and a chocolate biscuit. I should have blended it into the Hojicha. Sign at Mandarin Gallery. RY refuses to eat at Wild Honey. We ate ramen instead. The peace juice imported from Japan is pretty darn good! Portrait of a future physicist, 2013 Portrait of the Jack of all trades, 2013 AH dental surgical excision of #18 and #38 under LA. Before the surgery I was super high and laughing quite hysterically. When the LA needle came down thrice, I was silenced. It felt as though someone froze the inside of my mouth until it became numb. And the drilling sounds! So God awful! Finale – nurse held my head while surgeon plucked out the last tooth. Dinner. Oats with Bovril. Lucky I like oats. Then supper was Campbell soup – Mushroom potage. 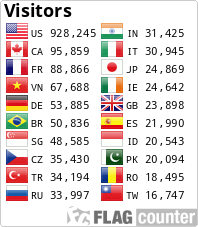 Just an ordinary guy, living in an extraordinary world